Alternative lending is entering the mainstream and is here to stay

Alternative lending in the form of equity crowdfunding and peer-to-peer consumer and business lending that has flourished in Europe in recent years, in part as a result of increased red tape imposed on established banks. And it would appear the genie is out of the bottle.

A third of thriving financial services businesses believe that alternative lending will be a primary growth area in Western Europe in the next three years, second only to the 74% who see Fintech/Insurtech as being the area that will see the most growth.

Alternative lending has a crucial role to play in the growth of financial services in general, and specifically the types of fast-growing companies surveyed, for two separate and quite different reasons. First, some of these firms are facilitators of alternative lending, building apps and software platforms that disintermediate traditional bank lenders by connecting those with capital to lend with those looking to borrow. Second, alternative lending represents an important new source of capital for fast-growing businesses in need of funding to underpin further expansion.

Equity crowdfunding app Crowdcube is a case in point, having benefited from both of these forces. The company connects investors with start-ups seeking equity financing. At the same time, the Fintech has recently raised equity financing on its own platform.

Moreover, many leading players in alternative finance are now innovating at pace. In the equity crowdfunding space, for example, 2018 saw platforms including Seedrs launch secondary markets, improving liquidity and hopefully widening the pool of potential investors as a result.

In the lending segment, secondary markets are already well-established and a series of collective funds are now offering managed exposure to debt finance for both businesses and consumers, while many platforms are focusing on benefits such as streamlined payment processing and customer verification.

The next leap forward for the niche sector could be to piggyback on the UK’s open-banking revolution, which requires that banks offer authorised third parties access to their customer data.

The bottom line is that the alternative lending market across much of Europe is growing because it is mutually beneficial. For lenders, the attraction is high levels of yield on their capital, at a time when returns are scarce owing to the depressed interest rate environment. For borrowers, alternative lending has filled the gap left by traditional bank lenders now constrained by more demanding capital requirements, particularly in areas such as lending to SMEs.

This suits everyone except for the banks that have lost market share to these alternative providers. Therefore, it is likely that traditional lenders will increasingly seek to be a part of the alternative space, either by offering their own products and services or teaming up with existing players. It is therefore very likely that we will see more collaboration potentially between traditional lenders and Fintechs in this space. 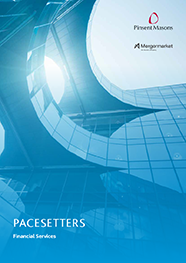