The last year has been defined by escalating trade tensions between the US and China, risig interest rates, the ongoing ructions around Brexit and a significant stock market correction, prompting some to question the sustainability of the current economic growth cycle.

These developments also appear to be reflected in the concerns of fast-growing European AMT companies. For instance, 37% of these companies say that economic volatility is a top three threat to their growth, closely followed by 36% who cite political uncertainty. As was the case in 2018, the line between politics and the economy is a fine one. Ongoing trade tensions are of particular concern to AMT businesses, many of whom rely on exports and high-growth markets such as China for revenues.

Technological change is an equally pressing concern – with 37% of the firms we surveyed citing this as a challenge to future growth. In part, this reflects the constant investments these companies have to make to evolve their own technology, with new judgments on where to prioritise and how to execute required in real time. Equally, these businesses are conscious of the threat posed by rival companies that are disrupting their sectors and taking market share.

Legal and regulatory considerations pose their own challenge. Almost half (46%) of fast-growing companies in the AMT sector say export and import controls have set them back over the past three years. Surprisingly, given the spectre of Brexit, only 25% of firms anticipate import and export controls to be an ongoing challenge over the next three years; it is fair to expect this to become more of a concern if trade tensions do not ease and if the UK cannot broker a satisfactory deal with the EU.

Environmental regulation has proved challenging for 37% of AMT businesses and 31% expect this to continue. For certain sub-sectors, the proportion is even higher: 52% and 49% respectively of life sciences and healthcare companies and 49% of manufacturing businesses are concerned. This coincides with supranational efforts to curb climate change and a number of targets set by the EU to reduce carbon emissions.

Finally, compliance related to cybersecurity and data protection are both seen as critical regulatory challenges. Tellingly, 22% of firms say cybersecurity is one of the two most challenging regulatory issues of the last three years, but only 13% see it continuing to be so going forward; at the same time, only 13% cited data protection as one of two regulatory matters they found most challenging, rising to 20% looking ahead to the next three years.

The fact this comes after the introduction of the EU’s General Data Protection Regulation (GDPR) in May 2018 is likely no coincidence. It would seem that the heavy penalties associated with GDPR and the efforts required to become compliant prior to the 25 May going live date have prompted a shift in companies' attention. Now, data protection is the regulatory priority. 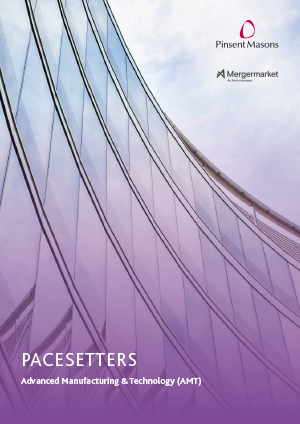