Almost nine in 10 fast-growing energy companies (88%) say government schemes have the potential to influence the decisions they make about investment in technology. This implies many will make strategic investment choices on the basis of available incentives, from feed-in tariffs to subsidised pricing. But it also leaves the sector vulnerable to the changing priorities and motivations of policymakers.

Government funding can be a two-edged sword. Many respondents welcome the support but are conscious of the way in which it distorts their market and are wary of making long-term investment decisions only for the incentives system to change. At the moment, for example, governments across Western Europe are promoting renewables, but these policies tend to weigh some renewables over others, typically favour smaller businesses rather than large companies, and vary across the region. As the market for renewables has begun to reach critical mass, many are considering pulling back.

Germany is leading the way – 40% of respondents to the survey think the country is performing best on incentivising investment in renewables, twice as many as picked any other country in Europe. The country’s performance has been impressive – it has already met its 2020 target to raise the share of power consumption originated from renewables to 35%. But here too there are doubts: for instance, there is now a tense debate over whether Germany should retain its leading incentive, the renewable energy surcharge. 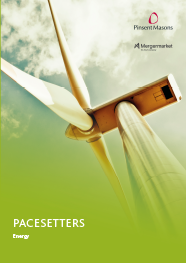